At Mystica, the horses are all individuals, each having a unique role to play in the West Australian farm’s future. Breeding beautiful, well-mannered horses with charisma, versatility and a willing, trainable nature, are the goals of owners, Jeff and Robyn McGlinn.

The McGlinn’s ‘dream’ began in 1994 and their love for the Arabian horse shows in all of their accomplishments. Jeff always has had a love for horses, coming from his upbringing in a farm environment, but for Robyn, it was a new venture and she was eager to gain hands-on practical knowledge and experience. Arabians were on the agenda from the start, and the couple spent every weekend looking for a mare, finally settling on one of Crabbet bloodlines from Noran Arabians. Noran’s Norm and Nancy Wall were generous with advice and support, smoothing the McGlinn’s introduction into the Arabian industry.

Today, Mystica is a full-time operation which deals with buying and selling horses from all parts of the world, and focuses predominately on breeding in Australia. Located outside Perth, the farm is on a flat at the base of a mountain backing onto national parks. "Cape Mystique" has been cleverly thought out and designed with large mare and foaling pastures, stallion paddocks with sandstone stables, water fountains, working arenas and presentation areas, as well as and an impressive feature sandstone coliseum. 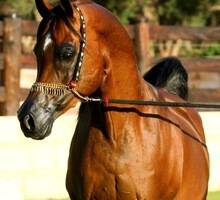 Mystica’s foundation stallion was purchased as a weanling from Focus farms in the USA. Focus OnMe Fa (USA) is very much the king of Mystica. His pasture and pavilion is situated across the driveway from the mare and foaling pasture allowing him to watch over his mares and foals. A double Ruminaja Ali cross, the nine-year-old stallion has strong halter and performance credentials in his pedigree. He has remarkable charisma and a "look-at-me-presence", although he has never been shown. Jeff is concerned about him leaving the property and prefers he remain safe and content in his pasture where he overlooks the entire farm.

The Mystica team pride themselves on their understanding of the Arabian market worldwide, and have been lucky enough to buy and sell horses throughout America, Northern America, Europe and the UAE.

Mystica’s long-term goal is to accumulate ten of the finest mares from around the world and bring them back to Australia with the hopes of boosting the Australian Arabian market and encouraging international buyers to Australia. Conformation, temperament and versatility are prime goals. The McGlinns strive to breed Arabians who will both excel in the halter ring and the performance arena. Their success has being proven time and again with consistent halter wins and with the eldest of the Focus progeny now being broken in to compete under saddle.

The Mystica team believe in order to be an Arabian horse they must look like an Arabian horse and Arabian expression and type will not be compromised in the breeding program. Mystica has shown all progeny with a huge success rate including four consecutive reserve championship wins at the East Coast and Australian Championships. 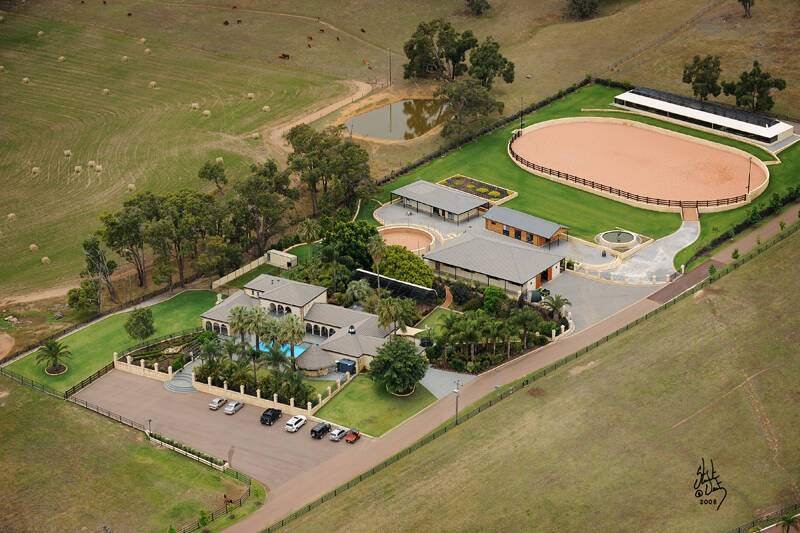 The Mystica team is prepared to search worldwide for mares to compliment each other and deliver individual attributes in order to breed the ideal versatile Arabian that anyone would be proud to own. After the farm’s Australian success, the McGlinns decided to go global. Although national wins are exciting, the couple and their manager believe it will be that much more meaningful and fulfilling when they have bred winners at international level.

Contributing to the hard work and success of Robyn and Jeff McGlinn was the appointment of Todd Buckley as Mystica Arabians farm manager in June 2007. Todd’s experience in the United States, the year prior to joining Mystica, was to learn the latest skills in conditioning and farm management and to source the type of Arabian blood and pedigree he felt should be infused into the Australian breed.

Mystica is inherently a family-based team. The stud is run with the enthusiasm and passion found in everyone at Mystica. A major key to the Mystica program is the McGlinn’s love of riding their horses. Concentrating on world competition, they believe correct conformation, soundness and a good temperament are the essential components for a beautiful Arabian horse.